What if Starbucks created a DAO instead of an NFT?

Published by Andrew Warner on September 16, 2022 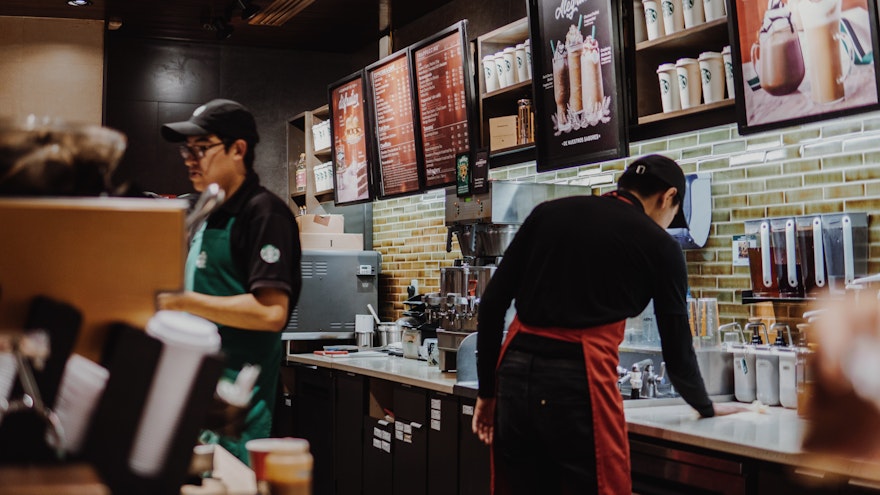 When Starbucks announced its NFT program, it was derided on Twitter and the press. It felt like they were trying to do the cool kid crypto thing instead of intentionally using Web3 tools.

It’s similar to how newspapers entered the web by posting PDF images of their pages to show they were hip to the internet superhighway.

Let’s look at what Starbucks (or any other coffee company) could do with a genuine leap into Web3.

Starbucks Odyssey is a loyalty program that offers NFTs called “stamps” in exchange for buying coffee, taking on challenges to deepen their knowledge of the Starbucks brand, playing games, etc.

What they could have announced

Imagine if they created a DAO, a decentralized autonomous organization. That word “decentralized” is scary to corporations, but stick with me.

Loyalty program members could join a DAO that Starbucks would fund with (for example) 1 penny of every purchase made by those DAO loyalty members.

DAO members would vote on where that money goes. Starbucks already does that with its employees, who help it decide where the Starbucks Foundation donates its money.

Does that sound too altruistic? Ok. What if 1 penny from each purchase went to non-profits another 1 penny towards giving DAO members free merchandise, based on how much they spent?

What’s important is that the community members, the DAO, get to decide how to spend the money. Starbucks could establish boundaries around that spending in the DAO’s charter, but it would have to trust the community to decide.

Why it’s a better way

It shows respect for loyal customers. Instead of giving them virtual stickers, Starbucks would give them real power, which is missing in loyalty programs.

This Insider.com headline from 2019 shows the problem: “People are freaking out over the massive changes Starbucks is making to its rewards program.”

Loyalty program owners get to keep playing games with the points they give members.

If they want to get the debt off their books, they set expiration dates for unused points.

If they want to lower the cost of their rewards program, they raise the number of points needed to earn them.

This isn’t just an issue for Starbucks’ loyalty program. Staples spent $2 million to settle a lawsuit over the way it applied coupons in its rewards program. JPMorgan Chase settled for the same amount after closing credit card amounts before customers could redeem their Chase rewards points. Even little Four Corners Tavern Group, a collection of Chicago taverns and restaurants, was hit with a lawsuit by irate customers who saw their points disappear after a system switch.

Starbucks won’t do it

Let’s be honest. Starbucks has too much to lose by truly trying something new. Over half of its sales come from its Rewards programs. But other operators could take a shot at truly stepping into Web3.

When Peet’s Coffee wants to modernize its Peetnik Rewards program, it could keep with its beatnik vibes and let the community have ownership of its loyalty program with a DAO.

Patagonia has its Pro loyalty program for professional athletes. When it’s time to expand that to their regular buyers, they could create one that’s authentic to their community.

There’s a big opportunity to truly create loyalty programs for the ownership economy, instead of slapping an NFT on the old way of doing things.